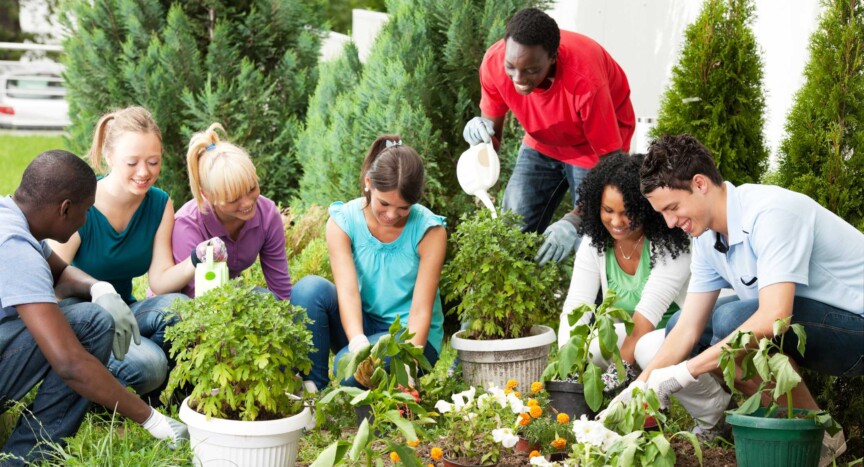 How can the social cohesion in Stokhasselt South be improved?

Community garden: a way to connect with your neighbors

In order to increase social cohesion in the pretty neighborhood of Stokhasselt South, a community garden could be the answer. According to the American Community Garden Association, a community garden is “somewhere people come together to grow plants and share the benefits of doing so” [4]. Therefore, the community garden will be a place for people to meet on a daily basis in order to plant fruits and vegetables and even colorful flowers. The residents will be completely involved in the implementation of the project as it will be the result of cooperation between them and the local government. Moreover, educational signs and workshops will be organized in order to encourage people to participate in the project in an interactive way. Educational signs will accompany the different plants and flowers so the community garden can be a learning experience allowing people to know more about gardening and, therefore, allowing them to be involved in the project. Finally, the garden needs to be easily accessible and close to the center of the neighborhood to be attractive[5]. That is why a botanical path will be added, linking the central park of the neighborhood and the community garden.

Social cohesion is defined as “people in a society feeling and being connected to each other”[6]. There are two aspects composing social cohesion. The first aspect is social belonging, which is the phenomenon of experiencing a sense of community within a neighborhood. The second one is the social network, which represents the interactions between people [6]. The main question is: how can a community garden increase social cohesion within Stokhasselt South? A community garden is a facility that increases social cohesion by giving people the opportunity to meet with each other [6] in a place outside work and at home [5]. Indeed, gardens are beautiful and peaceful green areas where people can enjoy recreational activities [7]. Furthermore, individuals feel they share a common interest with their neighbors [7] and they can also be collectively proud of their work in the community garden [7], which strengthens bonds between them. In addition, while planting seeds people can chat [7] and can, therefore, get to know each other. Finally, cohesion will increase among residents because gardeners can exchange seeds, plants and advice which are actions seen as mutual help [5]. Indeed, by helping each other, people become strongly connected with their neighbors. To put it in a nutshell, the co-creation of a community garden in Stokhasselt South will definitely lead to a more cohesive neighborhood. But, why is cohesion so important to improve the lives of the residents?

Social cohesion: the key to a healthy and happy neighborhood

Social cohesion has proven to be an important factor in determining individuals’ health. An increase in social cohesion can lead to a decrease in mortality, smoking and alcohol consumption, but it also improves people’s mental health [8]. The organization of the neighborhood is especially important for the residents’ health. Neighborhood disorders, both physical and social, have proven to lead to chronic stress, and through that lead to negative health effects [9]. And, as we saw in Stokhasselt South, a neighborhood that is not enjoyed by its residents will keep the people inside, which limits their physical activity and thus their physical health [9].

The community garden has not only been proven to be a great intervention to establish social cohesion but also its effects on residents’ well-being has been seen in practice. Gardening is a great activity for people to be absorbed by the experience, keeping their minds off negative thoughts [4]. Because individuals are physically active, are very focused on the activity and seeing results, gardening can bring people into a flow state. This means that they are so occupied with the activity, that they can forget their troubles and gain mental well-being [2].

We are sure that when the residents of Stokhasselt South invest in the community garden, they will not only make the garden flourish, but also their neighborhood and the lives lived there. 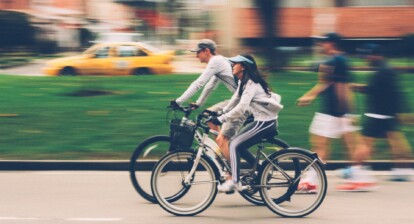 State of Flow and Wellbeing: Why Neighbourhood Characteristics Matter
June 11, 2022 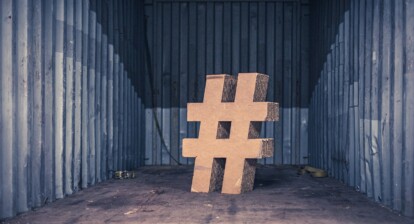 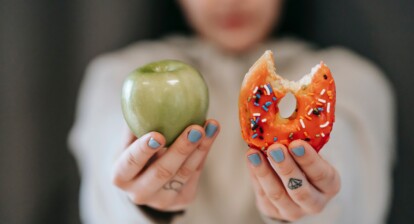 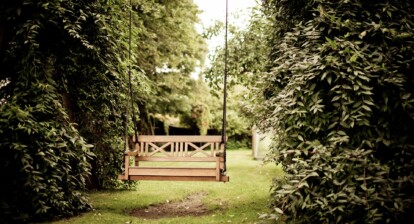 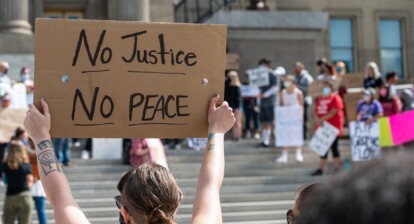